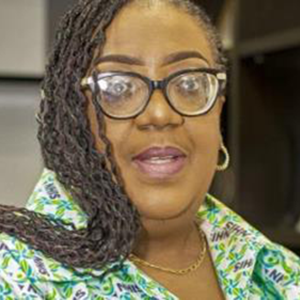 Another government official, the Chief Executive Officer of the National Health Insurance Authority (NHIA) has tested positive for Covid-19.

Dr Lydia Dsane-Selby who has gone into self-isolation said she got to know her status this Sunday.

According to her, contact tracing began immediately and she got to know of her status. So far, she said all those tested have tested negative.

The NHIA CEO said she immediately contacted doctors at the Korle-Bu Teaching Hospital and others for assistance and she has been put on medication.

Sources told Joy News the staff of the Authority have been made aware of Dr Dsane-Selby’s status and those close to her have gone for a test.

The former Medical Officer at Korle-Bu Teaching Hospital, Achimota Hospital and in the UK said she considering where she works and the number of people who stream through her office, it is not surprising she caught the virus.

According to her, she has been adhering to all the WHO protocols but believes perhaps working at the NHIA exposed her to the virus.

Notwithstanding, she advised the general public not to let their guard down but take the use of hand sanitisers and face masks when they are going out as well as regular hand washing seriously.

Dr Dsane-Selby encouraged the general public to show love and compassion to people who have contracted the virus and not stigmatise them.

The NHIA boss said just like any sickness people get ill, they get treated and move on with their life so Covid-19 is just another fight people win.

The NHIA boss is the fourth government official to test positive for the novel coronavirus disease.

The High Commissioner to the United Kingdom, Papa Owusu Ankomah was taken into an ICU on April 10, in the UK after he tested positive for the virus.

On Saturday, news broke that the Health Minister is recuperating at the University of Ghana Medical Centre (UGMC) after testing positive for the coronavirus disease.